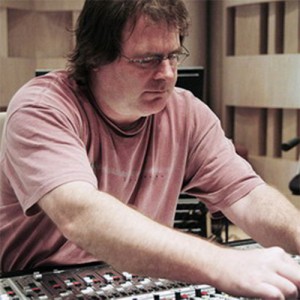 Dave Bascombe is undisputedly one of the finest mix engineers working in England today. His work in the ‘80s established a defining sound for artists such as Depeche Mode, Tears For Fears, Peter Gabriel, Human League, ABC and Erasure, and established them as global heavyweights with millions of album sales. His reputation has continued to soar through recent work with Goldfrapp, Ironik, Royksopp, Lady Antebellum, Kyla La Grange and Pendulum.

In something of a homage to his huge successes of the 80s, he has been busy mixing radio singles for 80s superstar’s ABC’s comeback record, as well as 80’s chartreuse Elkie Brooks where his mixes secured Radio 2 A list placement.  On a Folk tip, Dave has also mixed the forthcoming Wildwood Kin LP for Sony and tracks for American folk artist Jess & The Bandits, as well as keeping mixing tracks for Feeder, Ron Sexsmith, Tony Hadley, and electro pop artist Lou Hayter.

Bascombe’s illustrious career in the music business had humble roots. A job as a runner at Maison Rouge Studios have him the invaluable opportunity to learn the secrets of the recording studio and it wasn’t long before he’d made a name for himself on the local scene by recording bands in the studio’s downtime. Within a year he had required a good enough reputation to go freelance as an engineer and had started working with Echo & The Bunnymen.

But it was with Tears For Fears that Bascombe’s career commenced an exponential rise. He engineered the band’s multi-million selling album “Songs From The Big Chair” that reached #1 on album charts all around the world; enjoyed a five-week stretch at the top of the Billboard album chart; and featured the era-defining hits “Shout” and “Everyone Wants To Rule The World.” His importance to the band was solidified when they asked him to co –produce their follow up platinum selling album “The Seeds of Love.”

His success with Tears for Fears brought many opportunities to the table and his production and mix work during this time reads like a veritable who’s who of the ‘80s and 90s. Credits included co-producing the Depeche Mode album “Music For The Masses”; engineering the massively successful Peter Gabriel album “So”; mixing the Erasure album “Chorus”; co-producing the Oleta Adams UK #1 album “Circle of One”; and various single mixes for ABC and UB40.

As the nineties brought a rawer rock edge to pop music, Bascombe began to forge his reputation as the most vital mix engineers in the country and began working extensively with the leading luminaries of this genre. He mixed many tracks from the Manic Street Preachers’ stunning “Gold Against The Soul,” plus the genre-defining Suede album “Coming Up,” and many more including Catatonia’s “International Velvet,” the two biggest albums from The Lightning Seeds, and James’s “Millionaires” album with its anthemic single “Sit Down.”

Other hits mixed by Bascombe around this time include Brit classics from Placebo, Skunk Anansie and The Verve as well as big hits for Bon Jovi, Sheryl Crow and Wheatus.

The millennium introduced a period of huge innovation in electronic music and Bascombe was again was at the forefront of this sea change, mixing singles for Soulwax, Moby, Goldfrapp, Kylie Minogue, Royksopp, Bent and Engineers. Like all great engineers, Bascombe can mix tracks from all genres. In any given week it is not unusual to find him mixing singles for artists as varied as rock heavyweights Korn and electro-pop duo Chromeo.

The following years saw his eclectic abilities extend seamlessly between genres, with albums from Lady Antebellum, Pendulum and The Doves a sign of his versatile talents, not to mention singles from Ironik and Wiley.

In 2012, Bascombe was nominated for Mix Engineer of the Year at the Annual Music Producers Guild 2012 Awards.It was also a year in which Bascombe worked extensively with big hitters and successful breaking acts, notably Dizzee Rascal, RZA, Charli XCX and La Roux.

Highlights of 2013 included the return of Boy George with “This Is What I Do” as well as albums for Asgeir and Get Cape Wear Cape Fly.

More recent work has seen Bascombe mix Chromeo’s “White Women” which Pitchfork stated is “the closest Chromeo have come yet to fully realizing their sound.” He also diversified into country by mixing The Shires’ debut album “Brave” which became the first British country album to reach the UK Top 10 and was the third biggest selling debut album of that year.

Over the last few years, Bascombe’s mix work shows no signs of slowing down with mixing for Tina Arena’s album “Eleven,” as well as artists including Camp Claude, Ward Thomas, Fine Times and Kyla La Grange.  Additional projects have included Ireland’s country music sensation Nathan Carter, who is signed to Decca along with mixing tracks for synth pop princess Kyla La Grange‘s album. Kyla’s go to mixer, Dave also mixed the last two singles “Hummingbird  and “Skin.  In the meantime he has recently finished mixing singles for likes the like of Ronan Keating, Una Healy and Ward Thomas.

As the master of the mix, Dave Bascombe can bring any track to life.