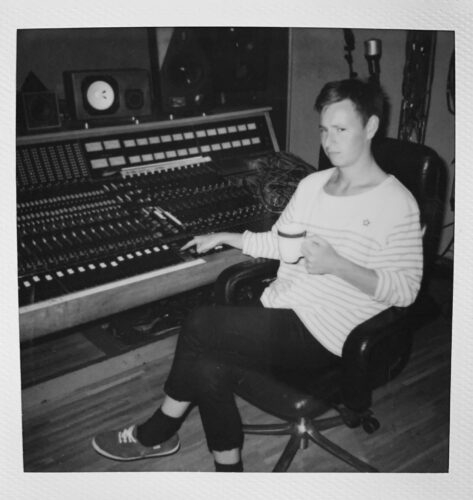 Clients include: Christine & The Queens, Metronomy, Ghost Poet, The Shoes

Ash is one of the most exciting new producers to have emerged in the UK over the last few years. Having built a name for himself for his work with Metronomy, Ash found global success producing and mixing the Christine and The Queens debut album “Chaleur Humaine.” 2020 is shaping up to be another massively successful year, as Ash and Christine find themselves back in the studio together working towards her forthcoming album.

On a chance encounter engineering a session for Stephen Street back in 2011 at Strongroom Studios in London, Ash became friends with Joseph Mount aka Metronomy. That summer proved to be career defining as Ash began the ambitious role of mixing Metronomy’s Mercury Prize nominated LP “The English Riviera.”  This was the start of a very successful working relationship between Ash and Joseph that continues to this day. His production, engineering and mixing skills are featured on all of Metronomy’s albums since “The English Riviera.”

Freshly ensconced in his new studio at The Premises, Ash’s reputation as an excited new mix engineer was consolidated when he mixed records for a host of exciting British talent such as The Klaxons, Ghost Poet, Damian Lazarus and NZCA LINES and French talent, The Shoes. He also set about honing his production skills by producing and mixing records for Francois & The Atlas Mountains, Night Works and  Barbarossa.

Through a built up relationship with Metronomy’s French Label Because Music, Ash met Christine & The Queens and quickly started producing her first LP “Chaleur Humaine.” The album went on to sell over a million copies, going triple platinum in France and Gold in the UK and amassed tens of millions of streams along with winning Best Album of 2016 for The Guardian, The Independent, Mojo, NME and Roughtrade.

Ash has also had the pleasure of producing Baxter Dury’s album “Prince Of Tears.”