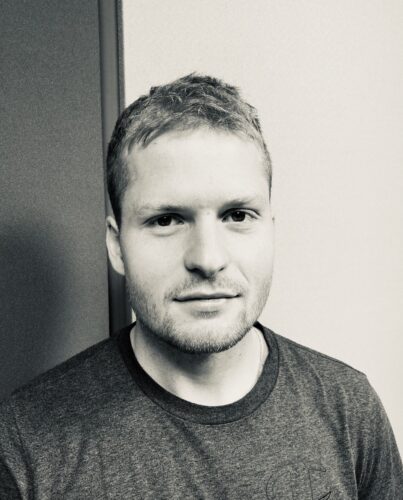 Louis Lion is our latest secret weapon and now an integral part of the Echo Beach team! Over the last few years he has been Ash’s Howes’ mix assistant at The Dark Room, learning his mix skills from one of the best on the business. Then in 2020 he teamed up with Lorna Blackwood and became her regular engineer, cutting vocals with some of the biggest names in pop – Dua Lipa, Callum Scott, Birdy and Jack Savoretti. And most recently he’s been working with Cam Blackwood as a trusted assistant and programmer.

Louis was introduced to fellow Echo Beach-er, Lorna Blackwood in 2020 and they are now a  vocal production powerhouse, in constant demand to produce and record vocals for some of the biggest names in UK pop.

Louis continues to engineer at Abbey Road Studios most noticeably assisting producer Cam Blackwood on Jack Savoretti’s number 1 UK album, ‘Europiana’ which was recorded there in late 2019. Cam continues to work with Louis on multiple projects, including editing and assistant engineer on the new Alabama 3 album ‘Step 13’.

In the short span of his career, Louis has racked up quite an impressive list of credits, including mixing Black Honey, Ed Drewett, Stephanie Rainey, Roachford and Harry Mold. His additional production and programming credits include Kylie Minogue, Louise Redknapp, Gabby Aplin, Hannah Jones and programmer for X Factor UK. Finally, to round out his impressive CV, Louis can be credited for his engineering and vocal tuning for global star such as Dua Lipa and Calum Scott.