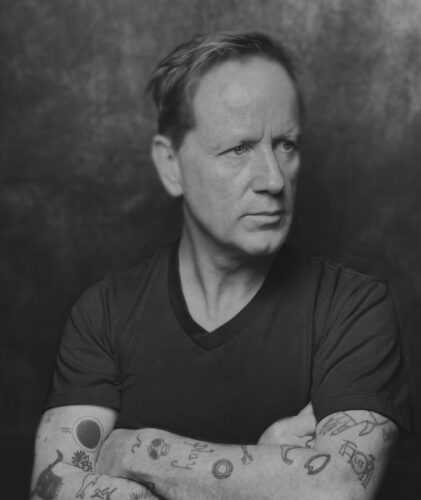 It is fair to say that Jacknife Lee has become one of the most sought after and highly influential producers currently at work. Lee’s career has encompassed work with some of the biggest and most influential artists on both sides of the Atlantic in the shape of  The Killers latest UK and US Number 1 album “Wonderful and Wonderful”, U2‘s “Songs of Innocence” and Snow Patrol‘s latest studio album “Wilderness”. Not forgetting his work with the likes of  Taylor Swift, R.E.M, Kasabian, Robbie Williams and Neil Diamond. His work on U2’s “How To Dismantle An Atom Bomb” saw him collect two Grammy Awards in 2006 as well as Producer of the Year at the UK MMF Awards. He was also again Grammy nominated in 2013 for his work on Swift’s multi-million selling album “Red.”

The last 12 months have been busy as ever for Lee, having been in the studio working with globally chart-topping artists including The Killers, U2, Two Door Cinema Club, Jack Garrett, Beaches, Editors and Empire of The Sun. Very excitingly, Jacknife Lee has also working on the release of his own album, titled The Jacknife Lee with features collaborations with Beth Ditto, Open Mike Eagle, Bibi Bourelly, Earl St. Claire, Aloe Black and fellow Echo Beach artist Davide Rossi.

His momentum continues from his previous year’s success, having co-written and produced The Killers US and UK number 1 selling  album “Wonderful Wonderful.” The NME called it “the band’s best album since 2006’s ‘Sam’s Town.” Not resting on his laurels and never far away from the studio, Lee as produced U2‘s stunning 14th studio album “Songs of Experience” and Snow Patrol, comeback  album “Wildness”, which shot into the Top 10 in over 15 different countries. As a testament to his successful career, Lee was awarded the prestigious International Producer of the Year award at the Music Producer’s Guild 2018 awards, cementing his reputation as one of the foremost producers working today.

In 2016 Lee  produced and co-written two massive radio singles with Scottish alt-rock heroes Twin Atlantic‘s “No Sleep” and Two Door Cinema Club‘s “Are We Ready (Wreck)”  Lee also co-wrote and produced on both bands upcoming albums, both which charted in the top 20. Alongside this, Lee also has also produced a handful of tracks on Jake Bugg’s third album “On My One” including the single and Annie Mac’s Hottest Record in the World “Gimmie the Love”. Lee has also worked on the the debut album from Gossip’s Beth Ditto.

In 2014, Lee was honoured to be asked to co-produce Neil Diamond’s “Melody Road” album alongside the tremendously talented Don Was. “Melody Road” debuted at #3 in America and #4 in the UK as it received universal critical acclaim.

Lee has gained much recognition as a writer producer over the last five years. In 2014 also Lee co write and produced various singles for Kodaline’s second album “Coming Up For Air” which peaked at #2, while he also produced and co-wrote Twin Atlantic’s Radio 1 A-listed singles “Heart and Soul” and “Brothers and Sisters.” In addition, Lee spent some of the year writing and producing track for alternative urban artist Raury.

2012 was a pivotal year in Lee’s co writing career when he co-wrote and produced a song each on two of the biggest albums of recent years: “The Last Time” for Taylor Swift’s “Red” album and “Something Great” for One Direction’s all-conquering “Midnight Memories” album. Other writing sessions have included James Bay, Ed Sheeran, Harry Styles and Elle King, whose successful debut album “Love Stuff” features three of Lee’s prouctions.

2012 also saw Lee achieve the extraordinary feat of contributing to two simultaneous #1 albums in the UK and US by two different artists. Swift’s “Red,” featuring “The Last Time,” was at the top of the charts in America, while his work with Robbie Williams saw his album “Take The Crown” claim the same prize back in the UK. The “Take The Crown” album also features the track “Candy,” which is Williams’ most recent #1 single.

Two of the biggest names that Lee has had the privilege of working with are R.E.M. and Weezer. For the former, he produced “Accelerate” (2008) and “Collapse Into Now” (2011). Lee first worked with Weezer in 2008 to produce the singles “Pork and Beans” and “Troublemaker” from their self-titled album of that year. Lee was also drafted in to work on many tracks on their next album “Raditude.”

Lee has a long and extremely creative relationship with Snow Patrol. He has produced four albums for them: “Final Straw,” which has gone on to sell well in excess of two million copies; “Eyes Open,” which is the 15th bestselling album of the 2000s in the UK; “A Hundred Million Suns” in 2008; and “Fallen Empires” in 2011 which has since gone on to sell a million copies.

In 2010, Lee produced four tracks for the highly regarded techno noiseniks Crystal Castles. Lee’s involvement in the album is indicative of the many different genres of music he has found success with. He collaborated with the band again for the follow up “Ill.”

Also in 2010, Lee enjoyed recording sessions with an artist who he had long admired: Ric Ocasek of The Cars. The resulting five tracks that Lee produced for Ocasek are featured on his album “Move Like This.”

Before Lee moved to the States in 2008, he had the opportunity to work with many of Britain’s biggest and most exciting bands such as Bloc Party. Their 2007 release “A Weekend In The City” proved to be their breakthrough in North America, while Lee also helped the band’s change of direction on the following year’s Intimacy. Another major album with a British band also came in 2007 with Editors’ #1 platinum-selling “An End Has A Start.”

During 2006, Lee worked on his own artist self-titled artist album which was released the following year on Fiction Records.

In 2005 he first worked with Editors on a new single version of Bullets and also collaborated with The Freelance Hellraiser (fellow Big Life producer Roy Kerr) on his album “Waiting For Clearance” which was released on the Sony imprint Brightside.

Lee’s connection with U2 commenced in 2004 when he started working on material for what would become U2’s multi-million selling album “How To Dismantle An Atomic Bomb.” Lee has production credits on seven tracks on the album including “City Of Blinding Lights,” which won a Grammy Award for Best Rock Song.

Just prior to working with U2, Lee helped to kick-start Kasabian’s career with several production credits on their self-titled 2004 debut, and also produced three tracks on Aqualung’s “Still Life” album.

For superstar artists and newcomers alike, Jacknife Lee possesses the ability to help any musician realise their potential.