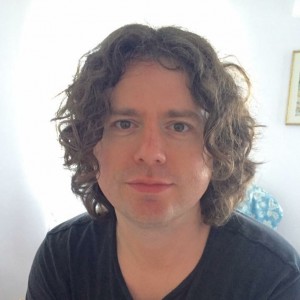 Having produced both of  George Ezra’s massive number one albums “Staying at Tamara’s” and  “Wanted In Voyage,” Cameron Blackwood is understandably much in demand. Recently nominated for Producer of the Year at the MPG Annual 2020 awards, for the second year in a row, Cam is firmly established as a production heavyweight.

George Ezra’s massively successful album, ‘Staying at Tamara’s’ was the biggest selling domestic signed album of 2018. 2019 was just as exciting with the huge release of ‘End of Suffering’ by the mighty Frank Carter and the Rattlesnakes, produced by Cam at Voltaire Studios and The Chapel in late 2018. Featuring  ‘Hottest Record’ single ‘Crowbar,’ the record is a ferocious return to form for one of the UK’s best rock bands. Cam closed out the year with another smash hit with the release of ‘Better Half of Me’ co-written by Tom Walker, Cam and Joel Potts.

While studying engineering at university in Glasgow, Blackwood took his first steps onto the music scene by playing with various local indie bands. This in turn led him to London where he studied guitar performance and composition at the Musicians Institute in Wapping. Soon recognised as a particularly talented session guitarist, Blackwood also joined world tours as guitarist for Brazilian innovators CSS and the famously hedonistic Alabama 3.

Seeking a less intense lifestyle, Blackwood took a job as engineer at the Mill Hill Recording Studio and gradually learned the ropes. After three years there, he moved to Roundhouse Studios in 2004 where he assisted and learned from an eclectic range of producers such as Mike Spencer, Boz Boorer, Danton Supple, Gil Norton, Talvin Singh and Bob Sargeant. He also developed a reputation as a quality mix engineer after working with Tim Deluxe, Smadj, Mattafix and Adam F, as well as assisting on mix sessions with Danton Supple for Coldplay’s “X&Y” album.

When the Roundhouse closed in 2007, Blackwood decided it was time to set up on his own and took over the helm at Voltaire Studios, which was previously owned by David Gray. He soon built up an impressive discography, cutting tracks with We Are Scientists, CSS, Apples, Cee-Lo Green, Ten Men, One Day and Jon Allen, as well as producing and mixing albums for Alabama 3, Tom Tyler, Huw Lloyd Langton (Hawkwind), and Jon Lawton (Uriah Heap).

In 2011 he began to capitalise on his previous experience. He produced and mixed early recordings from Brother, which sparked an intense bidding war and resulted in the band signing a deal with Geffen Records. He also mixed for Lucy Silvas, Loick, Good Cop, Jamiroquai, Bluebell, The Hotelles, Vello, Ben Taylor and Alabama 3 off-shoot project “The Mountain of Love.”

In 2012, Blackwood produced early recordings for London Grammar before fellow Big Life producer Youth invited him to mix the then new album from Reverend and The Makers. Blackwood also started sessions with the enigmatic Tom The Lion which would later result in his acclaimed Decca Records debut album “Sleep,” as well as American rock band Super Water Symphony.

In 2013, Blackwood began working on the biggest project of his career to date. He spent three months at his Voltaire Road Studio working on George Ezra’s debut album “Wanted On Voyage.” Released in the summer of 2014, the lead single “Budapest” exploded internationally with four #1 chart positions in Europe and many more Top 10 entries. The album itself topped the charts in the UK during a 44 week run in the Top 10 as it raced passed a million worldwide sales. As a result, Ezra was nominated for four BRIT Awards including Best British Album and Best British Single.

After a 2015 MPG nomination for Breakthrough Producer of the Year, Blackwood solidified his status as one of the UK’s most important producers. The work came thick and fast, from the Nick Drake-esque majesty of singer / songwriter Eaves‘ debut album, “What Green Feels Like,” to the whimsical Irish musician Gavin James’ debute album ‘Bitter Pill.’ The latter went Top 5 in Ireland on release and won Song of the Year at the Meteor Choice Awards.

It is safe to say that Cam has solidified his reputation as an extremely talented producer, not least in recognition of his strengths as a multi-instrumentalist, and is often to be found credited amongst the liner notes on the albums he produces.