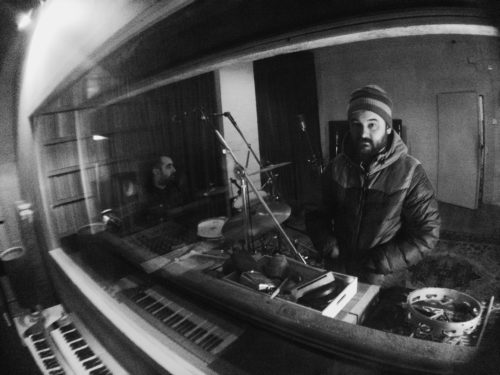 Jim and Rob Homes PKA Boe Weaver began their musical journey as band members of Jackson Analogue, plucked from relative obscurity in 2006 through a five album major label deal with Island and off the back of a few demos and their third ever gig! Having been hooked on grunge bands of the 90s like Soundgarden and Pearl Jam, the band were a ferocious mix of rock’n’roll with blues overtones and a nod to psychedelia. Falling out with Island spectacularly during the process of making their debut LP “And Then, Nothing”, they walked from the deal with the album under their arms and went on to secure independent releases for it all around the world.

Burnt by their experiences, the guys spent more and more time in the studio experimenting and less and less time on the road. So it was inevitable that the band would split up, leaving brothers Jim and Rob Homes to begin their production careers. Under their new moniker, Boe Weaver (it’s a miss-spelling of ‘boll weevil’). the duo were asked to work on a musical brief for a blood-splattered US TV show and quickly picked up a lot of remix work from the likes of Temper Trap, The Kills, Lykke Li, Paolo Nutini and The Doves, all intrigued by the undoubtedly maverick approach to making music.

Over the years and after honing their sound, the duo have become known for creating ‘cross over alternative records’, working closely with bands in the alt and indie scene. In 2012 they produced the Various Cruelties debut record including the track “If It Wasn’t For You” which fronted a major US TV campaign. In 2013 they produced the critically acclaimed debut album for indie band Champs for PIAS.

They are well known for having developed a sound that many guitar bands love, most recently with album mixes for The Archie Bronson Outfit and Wolf People. In 2014 they were approached to produced the innovative Pete Molinari record “Theosophy”, which they recorded live at Humbug with incredible talent suchas Dan Auerbach from The Black Keys, Andrew Wetheral and Tchad Blake.

As writers and musicians Boe Weaver have made several albums including the 2 Jackson Analogue albums, the critically acclaimed Psych record “Boe Weaver” and have recorded under the names “The Lullaby Club” and “The Van Patterson Quartet”.

Fast forward to 2018 and the guys have produced  the acclaimed Whyte Horses debut and as well as the much anticipated debut album for Rhys Lewis for Decca including the three stand out singles “Tired of Always Waking up Without You”, “Living the the City” and “Wish i Was Sober”.  Alongside finishing the 77:78 album for Heavenly the guys have also produced Swan Levitt’s latest EP  as well as production and mix on various tracks the latest Wandering Hearts LP and various tracks for Lauren Hibbert’s debut EP.

Obsessed with “the truth” of a song, Boe Weaver combine traditional recording and production techniques with an experimental ear. Searching out character in audio has become second nature to them, creating an exciting and exploratory sound to every act they work with.

Boe Weaver own and operate the boutique recording studio Humbug on the Isle of Wight (UK). It occupies a water tower on the outskirts of Queen Victoria’s Osbourne House estate. Humbug was designed with creativity in mind, an eccentric combination of a golden age studio but with all the benefits of modern equipment.