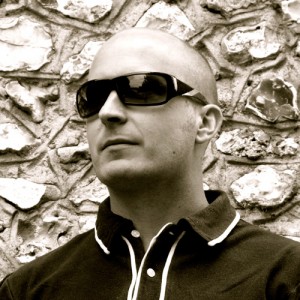 Blessed with an ability to capture mixes which help turn great songs into radio hits, Ash Howes is a rare talent and a proven hitmaker. Internationally regarded for his mix work for One Direction, Dido, The Corrs, Ellie Goulding, Kylie Minogue and many of The X Factor winners, Howes’ discography reads like a who’s who of the British pop music. Over the course of almost two decades, Howes has consistently demonstrated his ability to be a key factor in many of the UK’s most pivotal album releases.

Howes began his career as an assistant engineer at The Gallery Studios in Surrey in 1988. At the time it was the creative hub of the legendary Roxy Music and owned by their guitarist Phil Manzanera. After learning his trade, Howes was invited by producer and Eurythmics founder member Dave Stewart to join him at North London’s Church Studios, and Howes quickly found success by mixing hit albums for the likes of Shakespeare’s Sister and Alisha’s Attic.

The most successful album forged from the duo’s creative connections was the multi-million session Texas album “White On Blonde.” It twice topped the UK album chart during 1997, and spawned five Top 5 singles including the international smash “Say What You Want” which was nominated for Best British Single at the 1998 Brit Awards.

By this point, Howes had already begun mixing tracks for producer Rick Nowels and they were enlisted to work on Dido’s debut album “No Angel.” Selling a million albums in just five days, the album went on to sell over 15 million copies worldwide and still holds the record for the fast selling album by any female artist. Howes mixed the album’s key singles such as “Here With Me,” and returned to work with Dido again for her follow-up album “Life For Rent,” most notably with the international hit single “White Flag.”

As Ash’s career continued to develop and grow, Howes switched between delivering pop hits (The Saturdays, Eliza Doolittle, Lemar, James Morrison and Alphabeat) and material for critically acclaimed artists such as The Bees, The Charlatans, Badly Drawn Boy, Devlin and Plan B. Howes also co-wrote, co-produced and mixed Ellie Goulding’s “Lights” which would later become her Stateside breakthrough when it was released in 2012.

A big step in Howes career would find him working with Stannard as musical directors for The X Factor – a role that they continued for four years. One of the artists that they worked closely with was the eventual winner Matt Cardle. Howes mixed Cardle’s “When We Collide” and also played a part in the creation of his debut album “Letters,” with numerous mixing, producing and writing credits. Since leaving his role on The X Factor, Howes still regularly mixes the winner’s lead single which often results in a Christmas #1 hit and one of the biggest airplay tracks of the year – see Ben Haenow and Matt Cardle as particularly strong examples.

Howes and Stannard had also developed a strong relationship with One Direction, which led to Howes mixing many of the tracks on their debut album “Up All Night.” Its whirlwind success surprised everyone: after becoming the fastest selling debut in the UK in 2011, it then became the first debut album from a UK artist to go straight to the top of the Billboard album chart. Howes’ connection with the group has seen him mix multiple tracks on all five of their albums to date: a body of work that has seen them land chart-topping, multi-platinum albums all over the globe.

Howes also continued his run of success with former X Factor artists by mixing Little Mix’s debut album “DNA.” It charted at #3 in the UK and #4 in the US, reaching platinum status in the process.

Howes then moved into different territory by producing and mixing tracks for Susan Boyle’s Top 10, platinum-selling “Standing Ovation: The Greatest Songs from the Stage,” released on Syco which charted at seven in the UK charts and went platinum. He would again work with Boyle as co-producer and mixer of her festival album “Home For Christmas.” His flair for such mainstream artists was also employed on Il Divo’s “Greatest Hits.”

Amidst the rush of new artists, Howes’ reputation resulted in him being sought after by some of music’s long-established stars and the radio play lists just kept coming. In 2013 alone he mixed radio hits for Deacon Blue, Emin, Jools Holland, Rebecca Fergusson, Kelis, Imelda May and Lisa Stansfield. He was also asked to mix Culture Club’s long-awaited comeback album “Tribes”.

Building off that success Ash would continue to work on big radio hits, with highlights being mixes for Jamie Cullum, pop band Hometown, Olly Murs, and Ben Haenow.  Howes’ mixes of Milky Chance resulted in continuing support at Radio 1, while his mix contribution to Andy Burrows’ “Fall Together Again” helped it to achieve strong reviews across the board.

Recent years would continue to see Ash garner praise for his work with The Corrs’ comeback album, “White Light” (notably the single ‘Bring On The Night’ which was both playlisted and picked as Radio 2’s track of the day,) as well as with debut albums from Ben Haenow, Kelvin Jones, Jack Pack, various tracks for Fleur East’s debut album ‘Love, Sax and Flashbacks’ and the pop chanteuse Kylie Minogue’s Christmas album.

Ash would also begin to develop a long lasting relationship with Jack Savoretti as he mixed his eagerly anticipated sophomore album, “Sleep No More” including the Radio 2 A-listed single, ‘When We Were Lovers.” Ash also continued to work with male solo superstar Olly Murs, mixing half of his number 1 selling album “24 Hrs” as well as multiple tracks for the world’s biggest girl band, Little Mix‘s huge worldwide number 1 album “Glory Days.” Ash also mixed the first album for the acclaimed Berlin based New Yorker, Sara Hartman after making a huge impression with her track, ‘Monster Lead Me Home,’ as well as successful radio mixes for Bastille, The Vaults, Passenger, Leanne Rhymes, The Courteneers, Madness and Temper Trap.

As years pass,  Ash has continued to work with many of his long standing artists, continuing with his near perfect strike rate at radio with numerous tracks on the Radio 2 playlist, including – Jack Savoretti’s ‘Only You,’ Pete Tong’s ‘Lola’s Theme’ and Marc Almond’s ‘A Kind of Love’ and Martine McCutcheon‘s ‘Say I’m Not Alone’ to name a few. Ash also mixed Amy MacDonald’s number 2 album, ‘Under Stars’ including Radio 2 A-list single ‘Dream On’ along side tracks from singer songwriter Nikhil D’Souza, American pop-rock band Hey Violet and The Strypes. Most recently, Ash mixed various tracks on country star Thomas Rhett‘s number 1 US Album, “Life Changes.”Ash also continues his long lasting partnership with Jonas Blue, mixing a multitude of acoustic releases as well as the smash hit single ‘Alien’ with Sabrina Carpenter

Ash continues to prioritize his work as one of the UK’s foremost pop writers.  Recent Ash co-written hits include a multitude of tracks on Kylie’s #1 smash album, “Golden.” Ash also co-wrote the X-Factor winner’s Rak Su’s massive single, ‘Dimelo.’ Ash has also formed an exciting new writing partnership with 5 Seconds of Summer writer, Seton Daunt, as the pair write singles for  Danny Jones, Gabrielle Aplin, John Buckley, amongst many others.

Most recently, Ash has added to his collection of number one records with long time collaborator Jack Savoretti’s sixth studio album, “Singing To Strangers” which debuted top of the UK charts. First single from the record ‘Candlelight’ received rave reviews,  a Radio 2 A-list and a top 40 UK Airplay chart position. Solidifying a massive start to the year, Ash put his stamp of colossal mixes on Dido’s latest release, “Still On My Mind.” which entered into the charts at a very respectable number 3.